Personalised kids’ books just got even more awesome with the Beano personalised comic book for children. This high-quality premium book is an official Beano product kids will cherish – and the perfect thoughtful gift.

Who’s the greatest comic character ever? Dennis? Minnie? Bananaman? How about… YOUR CHILD? For the first time the Beano boffins have created a comic book where any child can now be the comic star!

Create and name a personalised comic character based on any child and catapult them into an exclusive 32-page custom comic adventure: The Quest for the Ultimate Joke! They'll be transported to Beanotown to join Dennis and Gnasher, Dangerous Dan, Rubi, Minnie and Bananaman in an hilarious adventure where they race to discover the funniest joke of all time. Plus you can include a personal gift message that will appear inside the book, so they’’ll always remember who gave them this awesome present!

Beano has over 80 years’ experience making the world’s longest-running weekly comic. Combine this with the wonders of the latest personalised story book technology for kids and we can allow anyone and everyone the opportunity to star in their own custom Beano comic book.

What our customers say about Build-A-Beano: 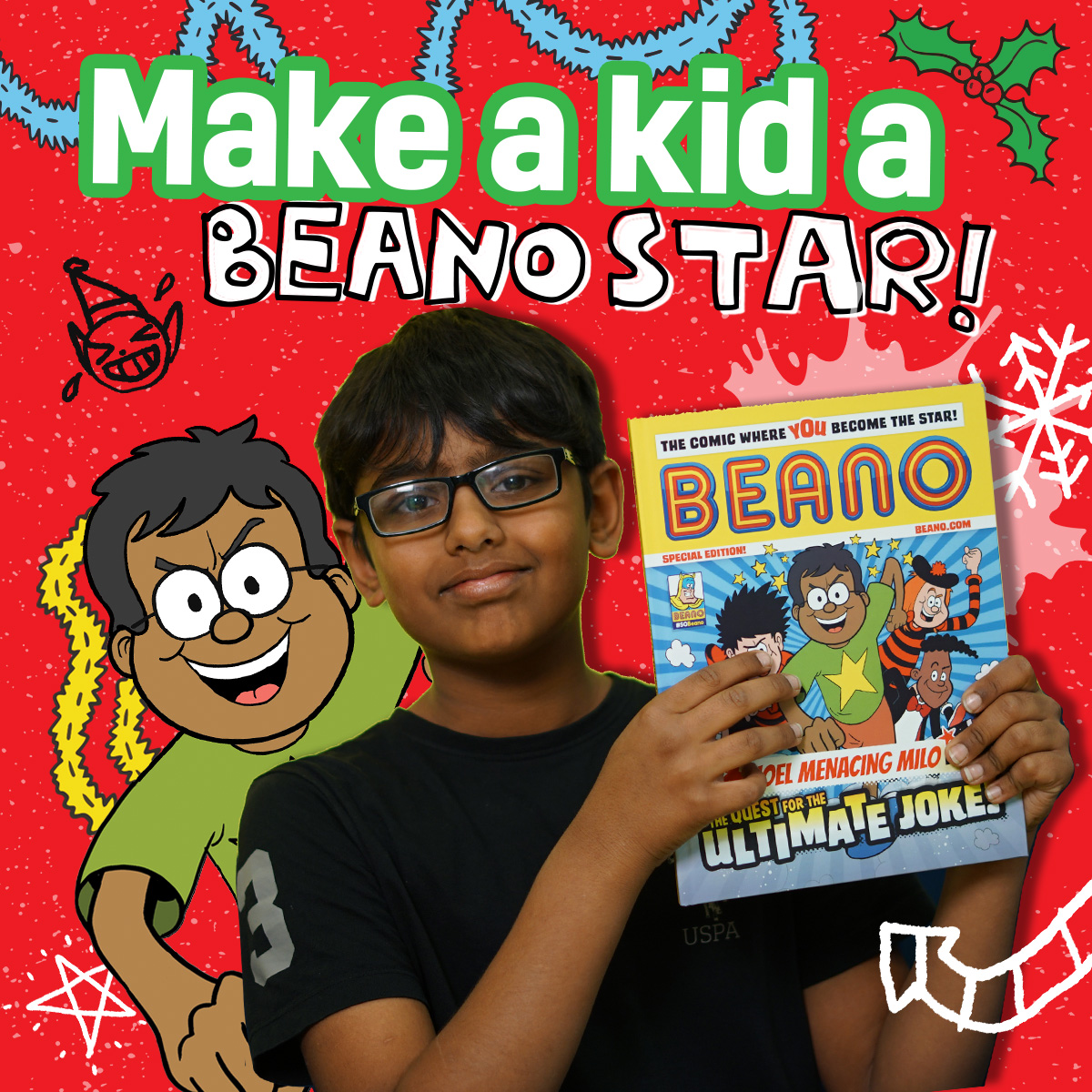 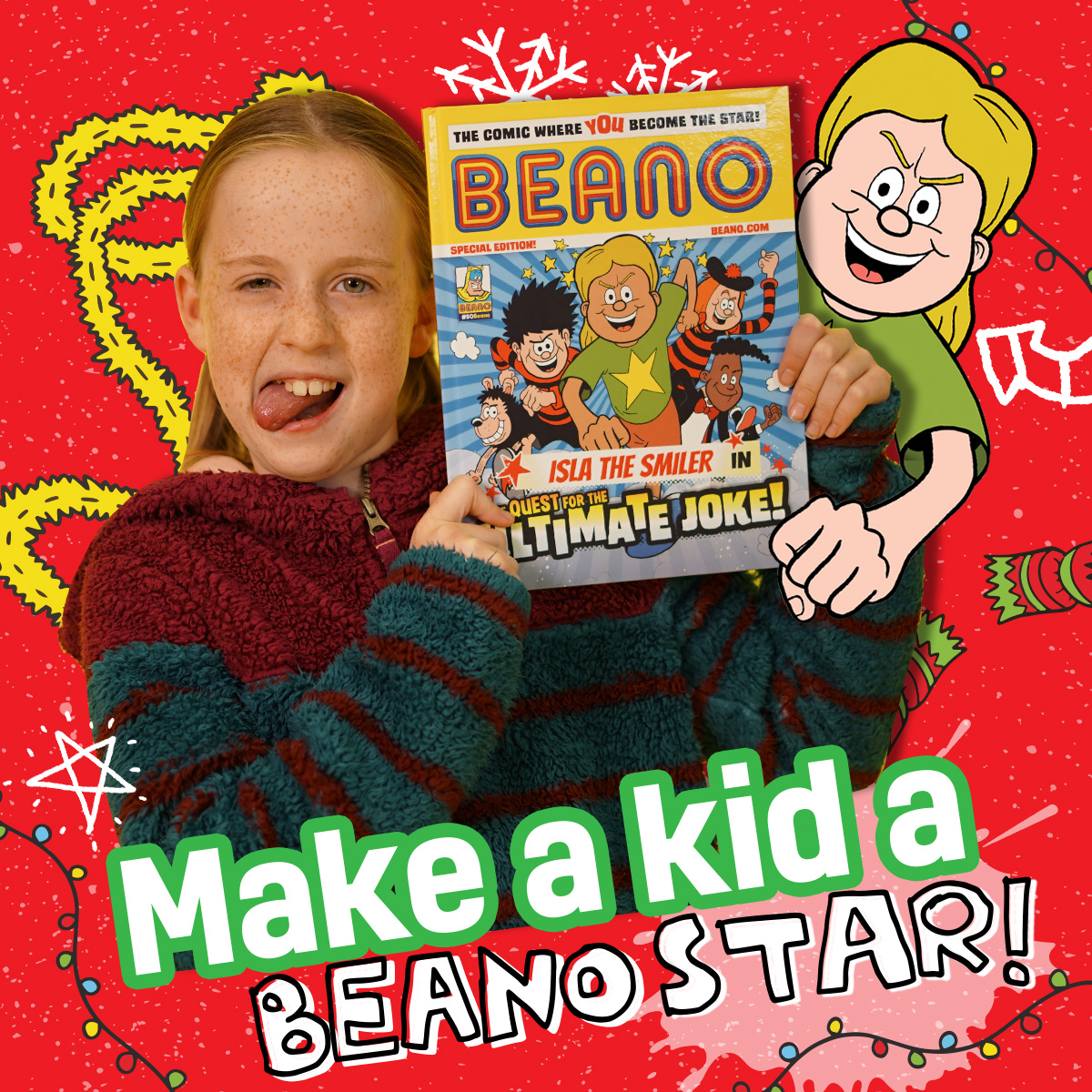