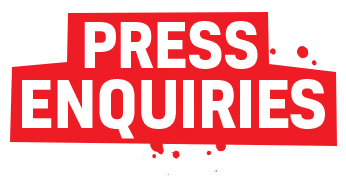 2021 is the year of the Original Rebel – we are celebrating Dennis’s 70th anniversary. Join the Beano comic’s celebrations for Dennis’s 70th Birthday and rediscover the power of mischief!

The 10 year old boy who fears nothing first appeared in The Beano in 1951. It's believed that editor George Moonie got Dennis‘s name from an old music hall song which went "I'm Dennis the Menace from Venice". David Law designed the original strips to feature a minimal background, to increase the idea of speed. At the time, this was a ground-breaking style, completely new to the comic book world.

The early Dennis comic strips didn't include his iconic red and black striped jumper. In fact, his sweater doesn't appear until later in the year. Dennis's popularity continued to grow and in 1974 he replaced Biffo the Bear as Beano's cover star, where he has remained ever since. On June 5th, 1976, the Dennis and Gnasher fan club was launched and it ran for 22 years before becoming the Beano Club. It cost only 75p to join and membership peaked at 1.25 million members aged from 7 to 70.

Did you know that an American comic strip of the same name debuted in US newspapers in exactly the same week in 1951? A complete coincidence! Also, Dennis’s surname is actually Menace. Mum and Dad are Sandra and Dennis Menace. Gnasher’s name was added to the story’s title in 1970 and Gnasher was conceptualised as Dennis's hair with legs.

Dennis has been a cultural icon for many generations, synonymous with mischief, fun and rebellion. He is all about freedom: freedom to explore, to push the boundaries, to take risks and imagine anything. There’s a little Dennis in everyone!

Sign up for regular updates on offers, new products and exclusive deals