Join the definitive rebel and his faithful hound in this collection of Beano books, including three BOOMICS (BOOks + coMICS) and the Ultimate Dennis & Gnasher Comic Collection Book. 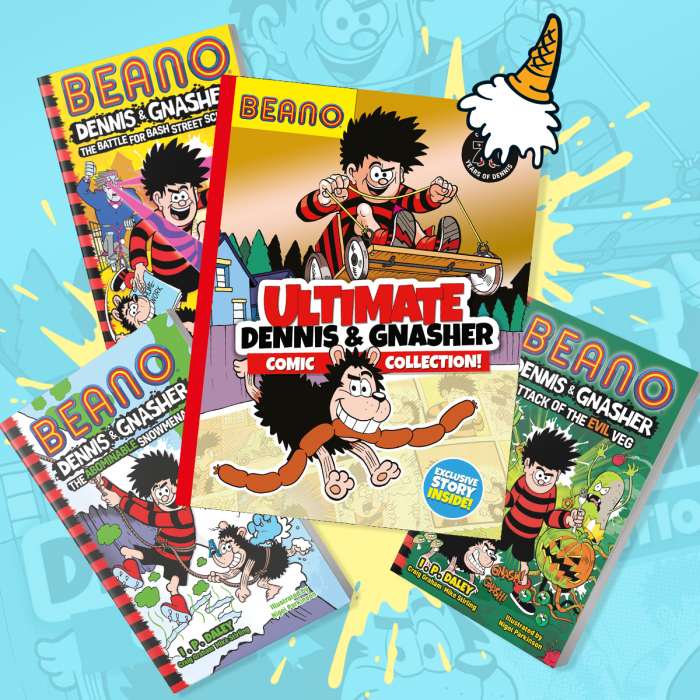