£24.99
Be the first to review this product
Notify me when this product is in stock
Out Of Stock

Join the definitive rebel and his faithful hound in this trio of Beano books, including two BOOMICS (BOOks + coMICS) and the Ultimate Dennis & Gnasher Comic Collection Book. 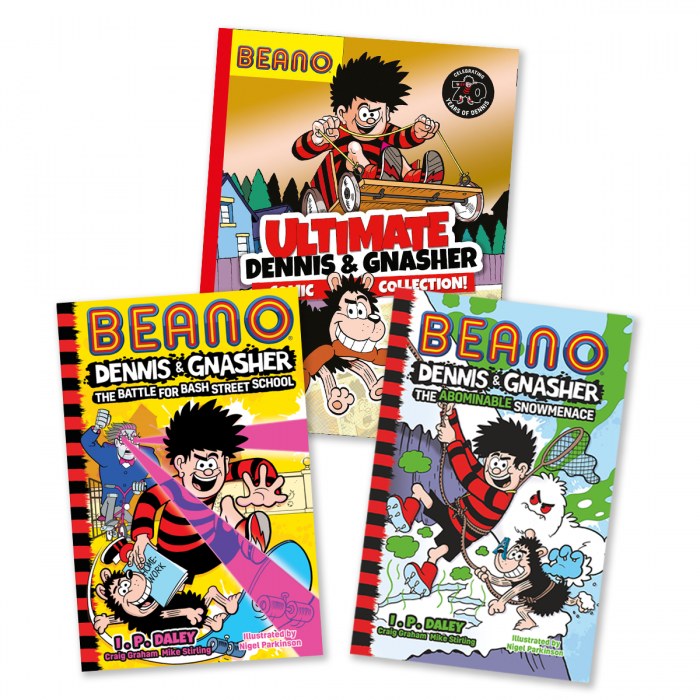