What’s the deal?
Well, it’s a pretty amazing special offer, let us tell you that! Get one year on Beano Comics for only £75 plus a FREE 2021 Beano Personalised Annual worth £22.99! You also save over £62 if you take out the Direct Debit option or over £118 with the two-year deal.

Subscribe to the Beano comic
With a Beano comic subscription kids get a weekly helping of crazy comic fun. Get Beano delivered (free delivery in the UK) straight to your door before it’s even in the shops! Beano is Britain's favourite comic and home to the Bash Street Kids, Minnie the Minx, and Dennis and Gnasher. Dennis and Gnasher are so famous they even have their own smash hit TV show on CBBC and Netflix – Dennis & Gnasher: Unleashed!

- Get kids giggling, loving reading, and fill them up with pranks and jokes.

Buy a Beano subscription as a gift
A Beano subscription makes the perfect gift for kids. Whether you’re looking for a fun magazine for a child or grandchild, or there’s another household you think deserves a good giggle, Beano’s got you covered.

What age is Beano for?
Beano is made with kids aged 7 to 11 in mind, but we know of lots of people – younger and older – who love Beano too.

How often will I pay?
The Direct Debit price is paid in quarterly instalments (that’s every three months). If you choose one of our pre-pay options you’ll pay the full amount now.

Where offered, welcome gifts are sent out within 28 days of the first payment being made. In order to offer subscribers significant savings on the cover price, cover gifts are not included in subscription copies – these are newsstand promotions only. Overseas customers please click the “Overseas” tab above or call +441382 575580.

Direct Debit offer is annual - £75 per year. You can cancel your Direct Debit a month before the renewal date. 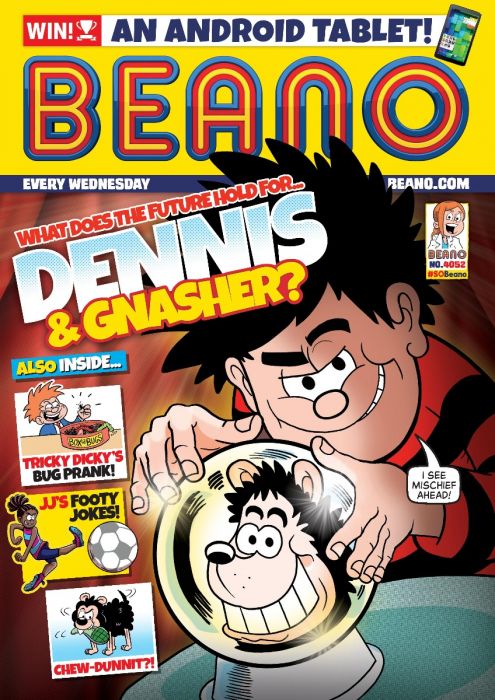