£27.99
Be the first to review this product
In Stock

Personalised kids’ books just got even more awesome with the Beano personalised comic book for children.

Who’s the greatest comic character ever? Dennis? Minnie? Bananaman? How about… YOU? For the first time the Beano boffins have created a comic book where you are the star!

Make a kids’ book personalised with a name and comic character

Create and name an entirely personalised character. Base them on yourself or a lucky friend or family member and catapult them into a new and exclusive 32-page custom comic adventure: The Quest for the Ultimate Joke!

Marvel as your character is magically transported to Beanotown to join Dennis and Gnasher, Dangerous Dan, Rubi, Minnie and Bananaman in an hilarious adventure where they race to discover the funniest joke of all time.

Beano has over 80 years’ experience making the world’s longest-running weekly comic. Combine this with the wonders of the latest personalised story book technology for kids and we can allow anyone and everyone the opportunity to star in their own custom Beano comic. 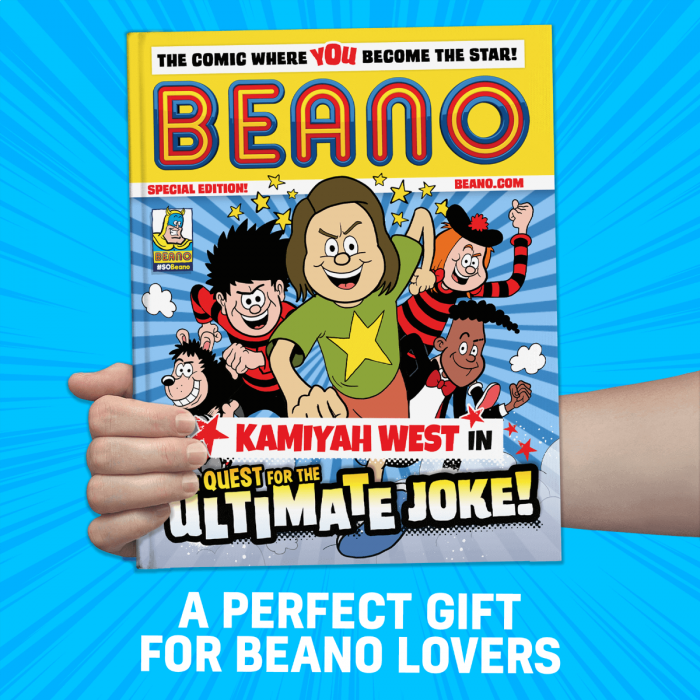