When will I receive my first issue?
UK subscriptions ordered today will begin with the issue dated 16-APR, which will arrive with UK subscribers by 13-APR.

What’s the deal?
Get a whole month of Beano FREE! Subscribe today by Direct Debit and try four issues totally free*. Retailing at £2.99, that means you get 4 comics worth a total of £11.96!

*Subscribe today and get your first four issues free. The first Direct Debit payment will be taken after three free issues have been dispatched, before your fourth free issue arrives. UK bank accounts only. Manage your subscription easily online or over the phone. 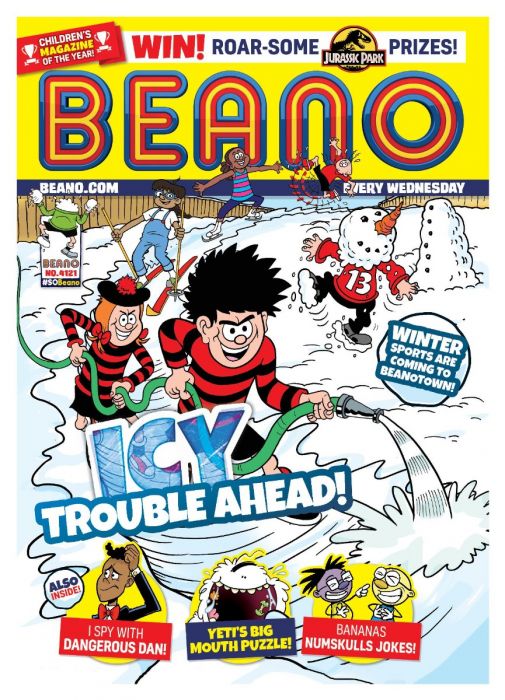